Supporting self-management can have positive effects on individuals’ motivation, knowledge and skills. It can also improve quality of life, clinical outcomes and an efficient use of health care resources. Stanford’s Chronic Disease Self-Management Program (CDSMP) stands out as an intervention with a substantial evidence base. It has been broadly disseminated across populations in various countries. For instance, see the Danish experiences reported in this blog.

The CDSMP includes structured small-group interventions (2.5 h each) over six weeks. These peer-led workshops address people with a wide range of diseases, those with multiple morbidities and their significant others. The content is on aspects encountered throughout the chronic illness trajectory (i.e. fatigue, medication/symptom management, decision-making, communication with providers, and behavioral changes related to nutrition and exercise). In addition, skills training is imperative in the workshops (e.g. action planning or problem-solving)

So far, the CDSMP has not been used in German- and French-speaking central European countries. Between 2010-14, several organizations along with the Careum Foundation have conducted a systematic adaptation and implementation of the CDSMP as «Living healthy and actively» (Evivo). ==> Find out more

The adaptation and implementation was evaluated. Key questions:

(1) to determine if the CDSMP could be effective in Austria, Germany and Switzerland;

(2) to explore its acceptability and utility in German- and French-speaking European countries as a useful supplement to chronic care strategies. Multiple methods were used to explore the perspective of participants with a longitudinal quantitative survey and qualitative focus groups/interviews.

«You simply try something to find out whether it works for you or not. Where can you start to get something apparently impossible done? And then to experience this Eureka moment, the self-efficacy…» A course participant

Organizations running the adapted Stanford program «Living healthy and actively» are embedded in the non-profit association «Evivo Network». It was founded in 2014 to promote patient empowerment and the sustainable future implementation of the Stanford model in Switzerland and German-speaking Europe.

Since 2015, workshops are also delivered in Germany by the multi-stakeholder consortium INSEA, an «Initiative for Self-Management/Self-help, Empowerment and Active Living». It is a member of the Evivo Network and currently consists of a regional self-help organization (Selbsthilfe Koordination Bayern, Germany) and the first mini-med school in Germany (Patient University, Hannover), which are delivering the workshops and are supported by two non-profit foundations (Robert Bosch Foundation, Germany; Careum Foundation, Switzerland) and a health insurance fund (Barmer GEK, Germany). In 2016, courses will also be delivered at the Gesundes Kinzigtal, a regional integrated care system.

Find out more in this video clip on Evivo (in French): 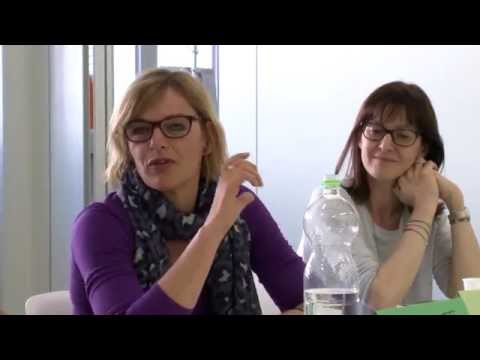 Our study findings are promising. However, the evaluation was, amongst others, conducted without a comparison group and lacked randomization, thus, the findings must be interpreted with care.

Overall, peer-led self-management support still remains in its infancy in Austria, Germany and Switzerland. Yet, as health policy awareness increases regarding the need to empower patients and foster health literacy, the role of peers in patient education and self-management support is growing. Here, the Stanford program can be considered a valuable supplement and additional tool for supporting self-management in chronic illness care. The program should be reasonably integrated and linked into existing health and social care services, so it can yield its benefits as a valuable supplement instead of being used as a stand-alone solution.

Further investigations are needed to tailor the adapted CDSMP for better access to vulnerable and disadvantaged groups who might benefit the most, in terms of facilitating their health literacy in chronic illness. There is also a need to further investigate the cost effectiveness of the program, its social impact and returns on investment.

Your feedback and thoughts!?

Self-help and peer support in the digital era

Self management – disease specific or generic?